Is your Diesel Particulate Filter (DPF) clogged? Is your vehicle running limp mode, lacking in power, or is the engine unable to start?

Does your vehicle struggle to accelerate from traffic lights? Is the engine warning light on? Do you have AdBlue malfunction?

At OGS Mechanics, we can help

By treating the early symptoms of Diesel Particulate failure, you can avoid expensive unnecessary repairs.

At OGS Mechanics, we specialise in diagnosing DPF faults and assisting vehicles that are running with lack of power – our highly trained technicians use advanced diagnostics equipment. Our diagnostic procedure includes:

Upon gathering all data, a test plans will follow to identify the exact cause of the DPF problems.

Correctly diagnosing a DPF fault / an engine running with lack of power is essential to avoid replacing unnecessary parts – something that could create significant, and unnecessary, high cost.

From 1992 new cars and vans had to meet defined Euro emissions standards when being built as part of a global initiative to improve air quality by reducing emissions.

‘Euro 6’ is the latest directive set to help reduce the level of harmful pollutants produced by vehicles and since September 2015, all new cars and vans have had to be built to meet the Euro 6 emission standard. Diesel Particulate Filters were installed on vehicle exhaust systems to meet Euro 5 emission regulations.

While DPFs are a very important element in reducing exhaust emissions. they also are an added source of problems and expense. They can often cause vehicles to slip into emergency limp mode (more precisely, reduced power mode if the maintenance cycle known as ‘regeneration’, which is controlled by the engine’s ECU, is failing to complete several times causing the filter to become clogged.

Understanding the Diesel Particulate Filter and its functionality

How does the DPF work?

The DPF looks similar to an exhaust silencer box but is mounted close to the engine, usually within the same housing as the catalytic converter. Inside is a complex honeycomb ceramic structure designed to filter exhaust gases while minimising flow reduction (which would otherwise limit performance). 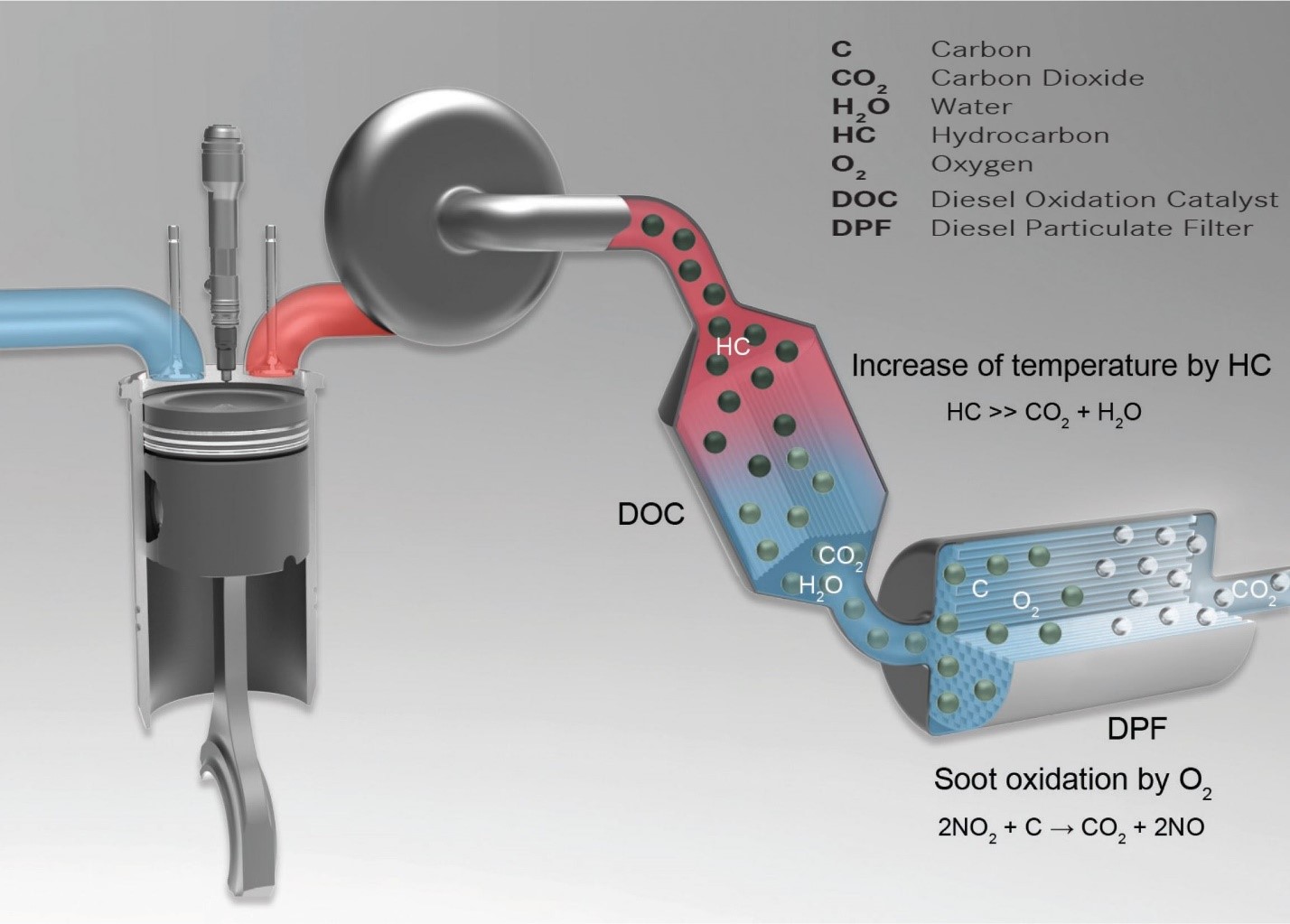 In normal driving conditions, a DPF should run for approximately 100,000 miles without the need for forced maintenance.

DPFs can and will fail most of time prematurely through no fault of their own. If a DPF has blocked prematurely due to a fault further upstream, then simply replacing or cleaning the filter will not solve the problem and the DPF will usually block again after just a few miles.

Here is a list of the most common generic DPF fault codes:

For a regeneration to take place there must be a sufficient amount of fuel in the tank - roughly at least quarter of a tank - and the soot content must be under 45% on average.

If many regeneration cycles are enabled but not completed successfully, engine oil can become diluted and/or degraded with diesel and if the vehicle is equipped with oil quality monitors, then passive regeneration will also prohibited until the quality monitor is reset via the diagnostics machine. It is advised that oil and the oil filter are replaced before any forced regeneration.

Contact OGS Mechanics today if your car or van has restricted performance, or any engine management warning light on and we’ll be able to assist with diagnostics and restoration of the vehicle’s performance.

Request An Estimate for DPF Problem Diagnostic and Repair - Call us Now on 0208 371 6945, or Complete the Form